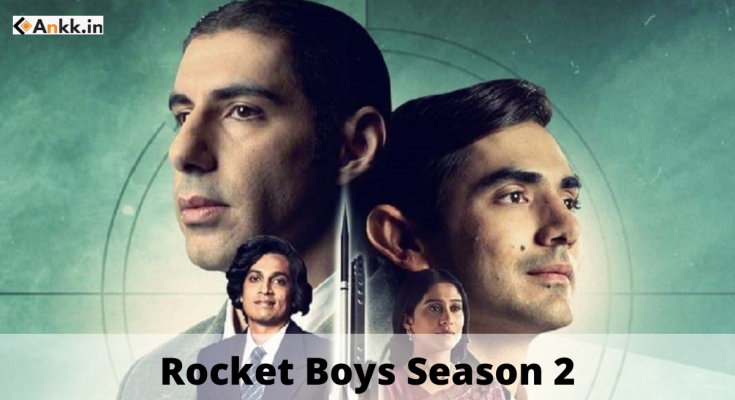 Sony LIV’s biographical drama series Rocket Boys is soon to come back with its second season, after delivering the first successful season. Directed by Abhay Pannu, the series made its debut on February 4, 2022, and got thunderous reviews from people as well as critics. The sophomore run of the series focuses on the events leading up to — and beyond — the nuclear bomb test in Pokhran, Rajasthan in May 1974.

Season 2 focus will be on conducting the nuclear bomb test in Pokhran in May 1974, at least that is what the promo promises. Both Jim Sarbh and Ishwak Singh, who had won praise for their convincing acts in the first season of the show, return to play Bhabha and Sarabhai, respectively. So let’s explore this story together. It

Filmmaker Nikhil Advani and his sister Monisha Advani and Madhu Bhojwani have produced the film under their banner Emmy Entertainment in association with Siddharth Roy Kapur’s Roy Kapur Films. The biographical series is directed by Abhay Panny. The web series stars Jim Sarbh and Ishwak Singh in the lead roles. It is one of the most anticipated web series on OTT.

Rocket Boys follows two extraordinary scientists India ever had; Dr. Homi J. Bhabha and Dr. Vikram Sarabhai. The story is set around the three crucial decades in the history of India and how the nation moves towards being a strong, brave and independent nation.

The series shows India’s scientific journey as well as some unknown expect of the life of these two geniuses who shaped India with dreams in their eyes and vision in their minds, Dr. Bhabha engineered India’s nuclear programme and Dr. Vikram Sarabhai established the Indian space programme and many other institutes.

Rocket Boys Season 2 release date is still not out. The season 2 teaser was out on the 15th of August. The season will be aired on the Sony LIV app. We will let you know the official date when it is out. Till then stay stunned with us.

Rocket Boys Season 2 trailer is not out. But you can watch the season 2 teaser. We will let you know when the trailer is out.

Also Read:- Modern Love Hyderabad Season 2: Is The Series Going To Be Renewed?