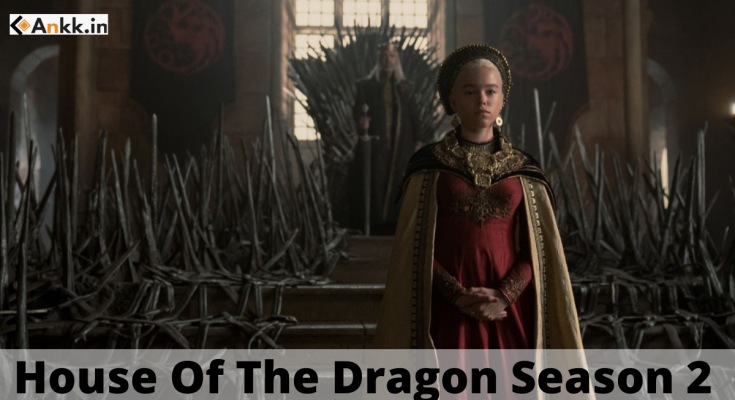 The Game Of Thrones series has finally ended, and its fans still find it difficult to digest the fact. But no need to worry now you can watch House Of The Dragon which has set the Internet on fire since its season 1 release and now its fans are eagerly waiting for season 2. Season One was recently out and has 10 episodes in total.

The 10-episode series, based on George R.R. Martin’s 2018 book Fire & Blood, takes place 200 years before Game of Thrones, portraying the events that led to the demise of House Targaryen and ultimately culminated in the civil war known as Dance of Dragons. So let’s dig out together at the House Of The Dragon Season 2 renewal process.

House Of The Dragon Season 2

House Of The Dragon is an HBO show which is set on the story of Game Of Thrones. The first season of House of the Dragon premiered on HBO Max on August 21. HBO has once again tapped into the magic of Game of Thrones with its spinoff series, House of the Dragon. The  House Of The Dragon TV show is based on George R.R. Martin’s Fire & Blood novel and is a prequel to Game of Thrones. The series is also available on Disney+Hotstar.

House Of The Dragon Season 2 Cast

House Of The Dragon Season 2 Story

The series follow-ups on the story of House Targaryen. King Viserys Targaryen (Considine) is chosen by the lords of Westeros to succeed his grandfather, the Old King, Jaehaerys Targaryen, at the Great Council at Harrenhal. Prince Daemon Targaryen (Smith) is the younger brother to King Viserys and heir to the throne. Princess Rhaenyra Targaryen (D’Arcy) is the king’s first-born child. She is of pure Valyrian blood and a dragonrider but, perhaps most importantly, she was not born a man. Lord Corlys Velaryon (Toussaint), aka “The Sea Snake, is the head of the House Velaryon. The most famed nautical adventurer in the history of Westeros, his house is even richer than the Lannisters and claims the largest navy in the world. His wife is Princess Rhaenys Targaryen (Best), a dragonrider who was passed over as heir to the throne because the realm favoured her cousin, Viserys, simply for being male.

Otto Hightower (Ifans) is the Hand of the King and loyally and faithfully serves both his king and his realm. As the Hand sees it, the greatest threat to the realm is the king’s brother, Daemon, and his position as heir to the throne. Alicent (Cooke) is his daughter and the most comely woman in the Seven Kingdoms. Raised in the Red Keep, close to the king and his innermost circle, she possesses both a courtly grace and a keen political insight.

There are high chances of Season 2 renewal, as it received a lot of appreciation worldwide. As per sources season, 2 is in the production phase.HBO programming chief Casey Bloys hinted at the renewal of the series. There is official date till now, but we will update you once it is out.

House Of The Dragon Season 2 Trailer

The House Of The Dragon Season 2 trailer is still not out. We will update you once the trailer is out. Till then you can rewatch the season 1 trailer.