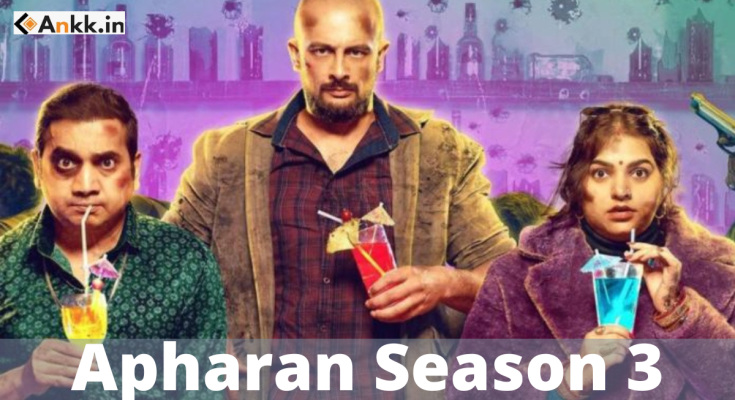 Apharan web series doesn’t need any introduction, this web series was mostly loved by the audience because of its great episodes, which are wrapped up with adventures, love, and thriller. Apharan is a perfect choice for people who love action suspense and thriller stories. Arunoday Singh is in the lead role in this series and other characters who have supported him have also done a tremendous job.

Its audiences are eagerly waiting for season 3, so we will give you important highlights about season 3!

In season three, many exciting twists will be seen in the story of this series. Although Ghilori’s death in Season 2 caused a lot of grief to many fans, it is expected that something unique can be seen in the next season. Will Rudra succeed in his mission and return to India or will there be a new twist? Jeetendra’s entry has created a lot of suspense in the next season of the show, so it will be interesting to see what new comes to the fore in this story.

There is going to be a season 3 definitely, as announced by the creators. However, the official date confirmation still awaits. Season 3 will be released in 2023 but there is no specific date yet. The official declaration will be created by the star cast and also made by the Voot select.

Apharan Season 3 trailer is still not out. We will update you once it is released. Till then you can rewatch the season 2 trailer.

So do you like this series? Who is your favourite character? Are you excited for apharan season 3? Share all your thoughts with us in the comment box below.