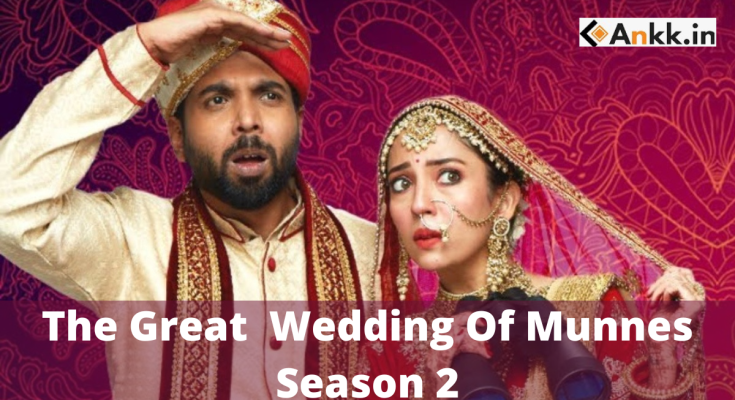 Indian Digital Platform is expanding with time and various flavours of entertainment keep adding to it with time.

OTT platform is excelling a lot and various stories keep evolving one such player in the field recently launched a comedy-drama, The Great Wedding Of Munnes.

This comedy series gives a hidden message about how people in India are still blinded by religion and prophecies.

So let’s explore this Comedy saga.

The Great Wedding Of Munnes Season 2

The Great Wedding Of Munnes is an Indian web series that is full of laughter and fun. It was launched on the Voot app.

It is directed by Sunil Subramani and created by Raaj Shaandilyaa with various amazing actors in it.

The leading protagonist Munnes is played by Abhishek Banerjee, who finds a lot of struggles in finding his wife.

So are you excited to watch this journey of finding a true love partner with the true essence of comedy?

In this amazing story, Munnes played by Abhishek Banerjee is the central protagonist.

He is a very simple and honest man though everything is not easy for him.

He is finding trouble getting married as he got rejected by every girl whom he likes.

Finally, Munnes meets Mahi, and both falls in love with each other, however, destiny has something else in mind.

As per Munnes’s horoscope, Munnes and Mahi can live a happy life only after Munnes marries and divorces some other girl.

This series has various actors like Sunita Rajwar, Pankaj Dheer and  Akash Dabhade but its lead  actors are:

Season 1 was aired on Voot on August 4th, 2022. However, there are no official updates regarding Season 2 as of now but might release in 2023.

So are you excited and looking forward to watching this game of finding a perfect bride?

Would love to hear your comments on that, So do share your views in the comment box.