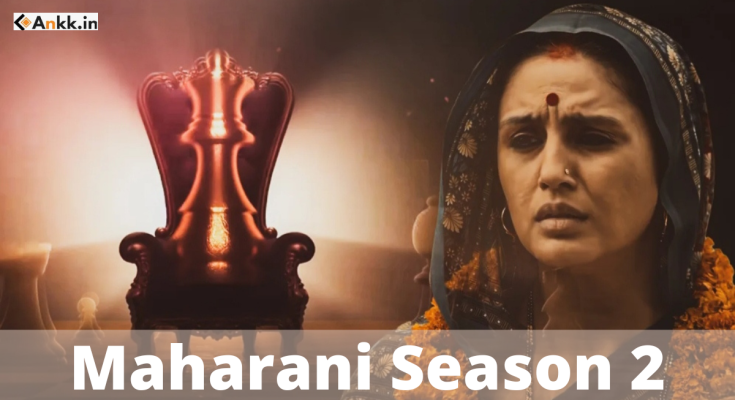 Politics and personal drama are loved by the audiences and one such series is “Maharani”.Maharani season 1 was released in 2021 and has received immense love and was appraised for its political drama included in the story. The ups and downs in the life of the leading lady as a politician, making her powerful step by step caught the attention of the audience and the series got many views on the SonyLIV OTT.

Now the makers are coming back, to thrill us with lots of political drama included. Season 2 is all ready for streaming on SonyLIV This August.

So let’s have a look at Maharani Season 2!

Maharani Season 2 is an amazing political drama, which is all set to make a comeback in August on SonyLIV with stars like Huma Qureshi, Sohum Shah, Amit Sial, and Pramod Pathak and Kani Kusruti in the main lead role in this series. This series story is from the 90s which based on the politics of Bihar.

The story of the series is about the life of the former Cm of Bihar Rabri Devi, the wife of famous politician Lalu Prasad Yadav. The series would tell us how an illiterate woman handles the state as Cm with conspiracy all around her. would she be able to handle this? The series is all about it.

Maharani Season 1 was released on 28 May 2021, and it was a massive hit now its audiences are eagerly waiting for season 2.

The trailer of Maharani Season 2 is out so enjoy it.