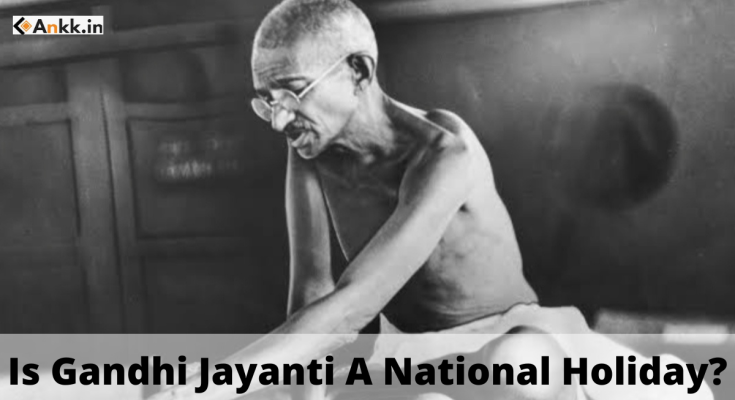 Gandhi Jayanti is celebrated annually on the 2nd of October to commemorate the birthday of Mahatma Gandhi. The day is observed as a public and bank holiday across the nation. Father of the Nation, as he was called, led India’s freedom movement along with many other national leaders against British rule in India. His method of non-violence inspired many civil rights movements across the world. To celebrate his contribution to the nation, 2nd October is celebrated every year as a national holiday. The day is also celebrated as the International Day of Non-Violence by the United Nations.

Who Was Mahatma Gandhi?

This name in itself describes itself. Born in 1869 a lawyer by profession and an activist by nature. Gandhi was the soul of the Indian freedom movement.

He was one of the greatest leaders in Indian history who was respected worldwide. “Mohandas Karamchand Gandhi was the one who ignited the fire of freedom in India”. He was a universal man who followed the policy of Ahimsa and truth and non- violence till his last breath. He made people believe that in a world of narrow loyalties and artifices, it is possible to inculcate the great ideals of truth and love.

It was not an easy path to continue with, but Gandhiji did not hesitate for once, but to have the freedom you have to take some actions, but his action was different from him” the policy of Satyagraha”.

Early Life And Gandhiji Struggle For Independence In India

Gandhiji was born in1869 in modern-day Gujarat. He became a lawyer at the age of 18. Now the path seems easy to him but from here his real struggle started. He lost his cases not in India but South Africa also.

But there was an incident that shaped him into the “Great Soul”.
He was thrown out of the train by a white passenger because racism was at its peak in South Africa and black people were not allowed to travel in first class on trains.

This event solidified him and from here the journey of the Great leader begins.

Gandhi started his public life in 1893, successfully opposing the apartheid policy of the Government of South Africa. Gandhiji came to India in January 1915 after getting the fame of successful satyagraha in South Africa. He started the idea of satyagraha.

Satyagraha preached the power of truth and the need for truth in the current scenario. It follows the idea of non-violent mass agitation. He even organised many satyagraha in India like in kheda or Champaran etc.

The list of events organised by him goes on and on like the Non-cooperation movement or Quit India Movement. The beliefs of Gandhi in Satyagraha led to Indians winning the freedom battle, this battle also united the Indians by the policy of truth and non-violence.

He was not only restricted to India, he took up the cause of India to demonstrate to the whole world the weapons like non-violence and truth and love.

He wanted to demonstrate to the world that the method sanctified by history- violence, deceit and cunning – was not the only way to achieve political objectives. Winning freedom by non-violent methods would be a lesson to the rest of the world. He was somehow also able to achieve these objectives.

He has an intense love for humanity and he wanted to enable humanity to adapt to a different outlook on the problem which faced humanity.

Born on 2nd October 1869, Mohandas Karamchand Gandhi was India’s tallest leader of the independence movement. He successfully led India’s non-violent movement against the British, which in turn inspired many civil rights movements across the world.

Gandhi had studied law and he went to South Africa to represent a client. Upon return, he joined the Indian National Congress and led nationwide campaigns for farmers, peasants, and labourers. He also fought against caste discrimination and fought for expanding women’s rights.

He led some of the most historic movements in India’s freedom struggle. He led Indians to break the salt law, through the Dandi March in 1930, which helped Indians believe that they can challenge the might of the British. He also led the Quit India movement in 1942.

Mahatma Gandhi believed in religious pluralism. He wanted India to be a secular nation and he fought to make it a reality. But his vision was hindered by Muslim nationalists led by the Muslim League on one side and the Hindu Mahasabha and the Rashtriya Swayam Sevak on the other side leading the Hindu nationalists. Gandhi, who opposed the Partition, could not prevent the partition of India into a Hindu majority India and a Muslim majority Pakistan.

India celebrates the birthday of its iconic front-runner every year. He has been offered the title of ‘Father of the Nation’ for his significant contributions to the country. He played an enormous role in attaining freedom from the British. It is a great opportunity for the countrymen to pay homage to this great leader, who sacrificed his life for the betterment of the country.

How is Mahatma Gandhi Jayanti Celebrated in India?

Gandhi Jayanti is a national holiday in India and is observed across all states and union territories. The day will be remarked on by special prayers and homages across the country. School-level and college-level celebrations are beautiful to watch. Various types of competitions are organised for students in remembrance of Gandhi.

The best colleges and schools will be awarded. Raghupati Raghava Raja Ram, a favourite bhajan of Gandhiji, is sung by school and college students. Mahatma Gandhi statues in all parts of the nation are decorated with wreaths and flowers. Since Mahatma Gandhi Jayanti is a gazetted holiday, government offices shall remain shut.

The death of Gandhiji marked the beginning of a new era. A world of violence, hatred and anger. So what are your thoughts on the policy of Gandhiji? Share your views in the comment section. 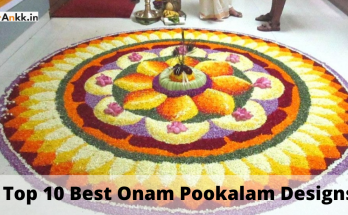 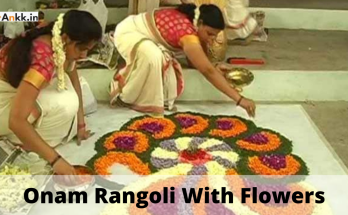 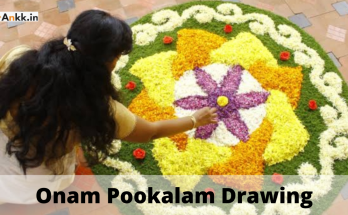