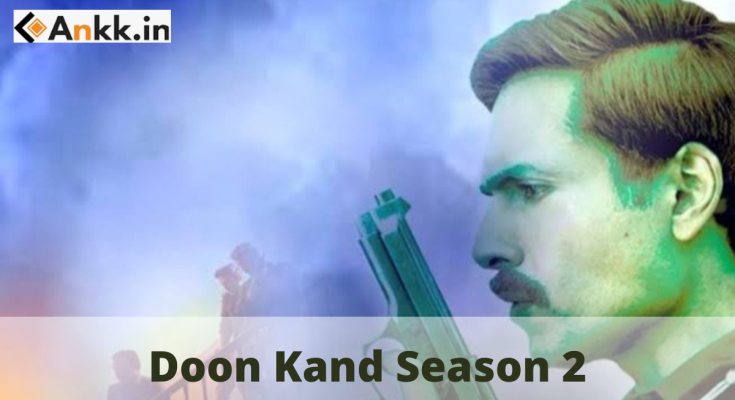 OTT has come as a revolution and is widely popular among audiences.

With time audience preferences on OTT platforms are changing, and in the past years, intense series based on Cop themes are widely liked by the audience.

So another series with this theme shooted in the valleys of Uttarakhand has struck the screens having a revenge saga between a cop and a gangster.

So let’s explore this intense saga.

Doon kand an Indian Web Series showcases a revenge story with Manoj Madan Khande. It is produced by the Wonderful trio of Vinay G Rai, Vijay Desai, and Viral Pandya.

It also has an amazing star cast of Iqbal Khan, Donal Bisht, Nidhi Seth, and various other artists.

It was launched on the Voot app.

In this thriller series Naresh, a drug lord who recently came out of jail, promises to take revenge on the honest SSP of Uttarakhand Arvind Rawat.

To achieve his motives he kidnaps the family of Arvind Rawat. Now Arvind Rawat must save his family.

From here an intense game begins.

Doon kand season 1 was launched on voot on 18 July 2022. Fans are eagerly waiting for season 2 which has a possible chance to air soon.

But an official announcement still awaits.

This series star cast as follows:

This intense saga will surely be a masterpiece to watch. So are you excited to watch this game of cat and mouse? leave your suggestions below.