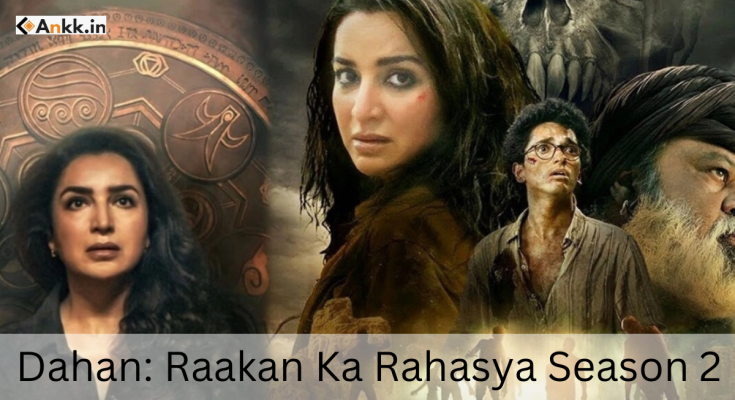 The OTT Content in India is evolving and a lot of experiments are being done with it. There are back-to-back breathtaking series launched every year. But Horror is a genre with which many experiments are not done. But Disney+ Hotstar has come up with an exciting supernatural drama “Dahan: Raakan Ka Rahasya Season 2”. Dahan: Raakan Ka Rahasya (Season 1) was released on 16th September 2022 on the OTT Platform. This web series has 9 episodes.

Now its fans are eagerly awaiting its season 2. There is a lot of excitement regarding this series. To double up this excitement we will cover everything regarding Dahan: Raakan Ka Rahasya Season 2.

Dahan: Raakan Ka Rahasya is a mystery TV series directed by Vikranth Pawar and stars Tisca Chopra, Rajesh Tailang, Mukesh Tiwari, Saurabh Shukla and Ankur Nayyar, alongside other cast members. The series has 9 episodes, each with a runtime of around 45-50 minutes.

The series follows IAS officer Avani Raut who arrives at a village called Silaspur in Rajasthan, to kickstart a mining project worth Rs. 240 crore. However, her goal is obstructed by villagers who believe in the tremendous evil power of an ancient sorcerer called Ridhikayan, whose head, they believe is trapped inside a rock to prevent any untoward circumstances and to keep peace in the village, they must worship him.

Avani tried to convince the villagers about the revolution of progress this project will bring in the village. However, one Pramukh, played by Saurabh Shukla, is someone who is standing against her. He not only performs exorcism but also guards the Silasthal- the place of worship of Ridhikayan.

The season 2 cast will include the following actors. However, all the actor’s characters are still not revealed.

Dahan: Raakan Ka Rahasya Season 2 trailer is still not out. We will update you once it is out. Till then you can enjoy season 1 trailer.

So this was all about Dahan: Raakan Ka Rahasya Season 2. Do you like this horror and thriller series? Who is your favourite character? Are you excited about season 2? Share all your thoughts with us in the comment box below.