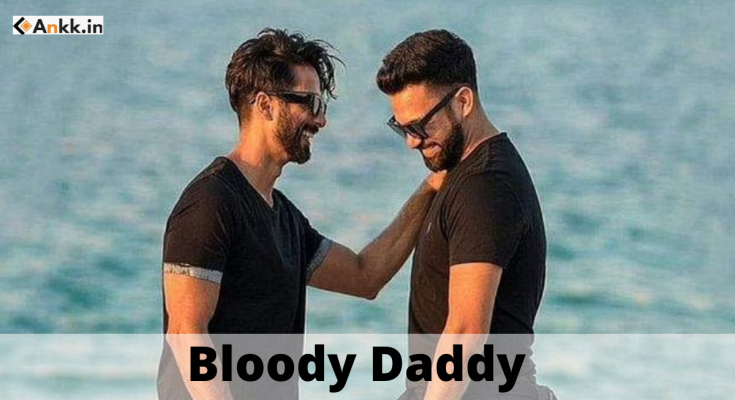 Movies are a great source of entertainment and a lot of experiments can be seen in movies nowadays. These experiments need versatility and one such versatile actor is ” Shahid Kapoor”. Actor Shahid Kapoor is known for his diverse choice of films and soon he will be coming back with another power pack performance in the movie Bloody Daddy. Shahid Kapoor is looking forward to releasing his next thriller Bloody Daddy with sultan director Ali Abbas Zafar.

So let’s have a look at this intense crime thriller movie!

Blockbuster films like Sultan and Tiger Zinda Hai director Ali Abbas Zafar and Shahid Kapoor collaborate for the first time, and there are a lot of expectations from the duo. Bloody Daddy is a remake of the 2011 French film Nuit Blanche (Sleepless Nights) starring Tomer Sisley. And this is not the first time that the movie is being recreated, In Tamil and Telugu with Kamal Haasan as Thoongaa Vanam and Cheekati Rajyam respectively. And it will be interesting to see how Shahid performs the character.

The movie will showcase the actor playing the role of a loving father, who is on the run to save his child from the mafia. It going to be an action saga and Shahid is playing a father who is involved in a lot of blood and gore, to protect his child so the title pretty much suits the film.

The cast and characters of the movie are still not out, but major actors who will be seen in it are:

The makers of the movie will directly release the movie on the OTT platform VOOT, but the release date of the movie is yet to be announced. We will update you once the official date is out.

The bloody Daddy trailer is still not out. But it is going to be amazing because of the fantastic and fresh pair of Shahid Kapoor and Diana Penty. Also, we will update you soon once the trailer is out.

Whether the star cast, director or producer, everyone attached to this film is phenomenal. So the Movie might be going to be a blockbuster, with a huge box office collection.